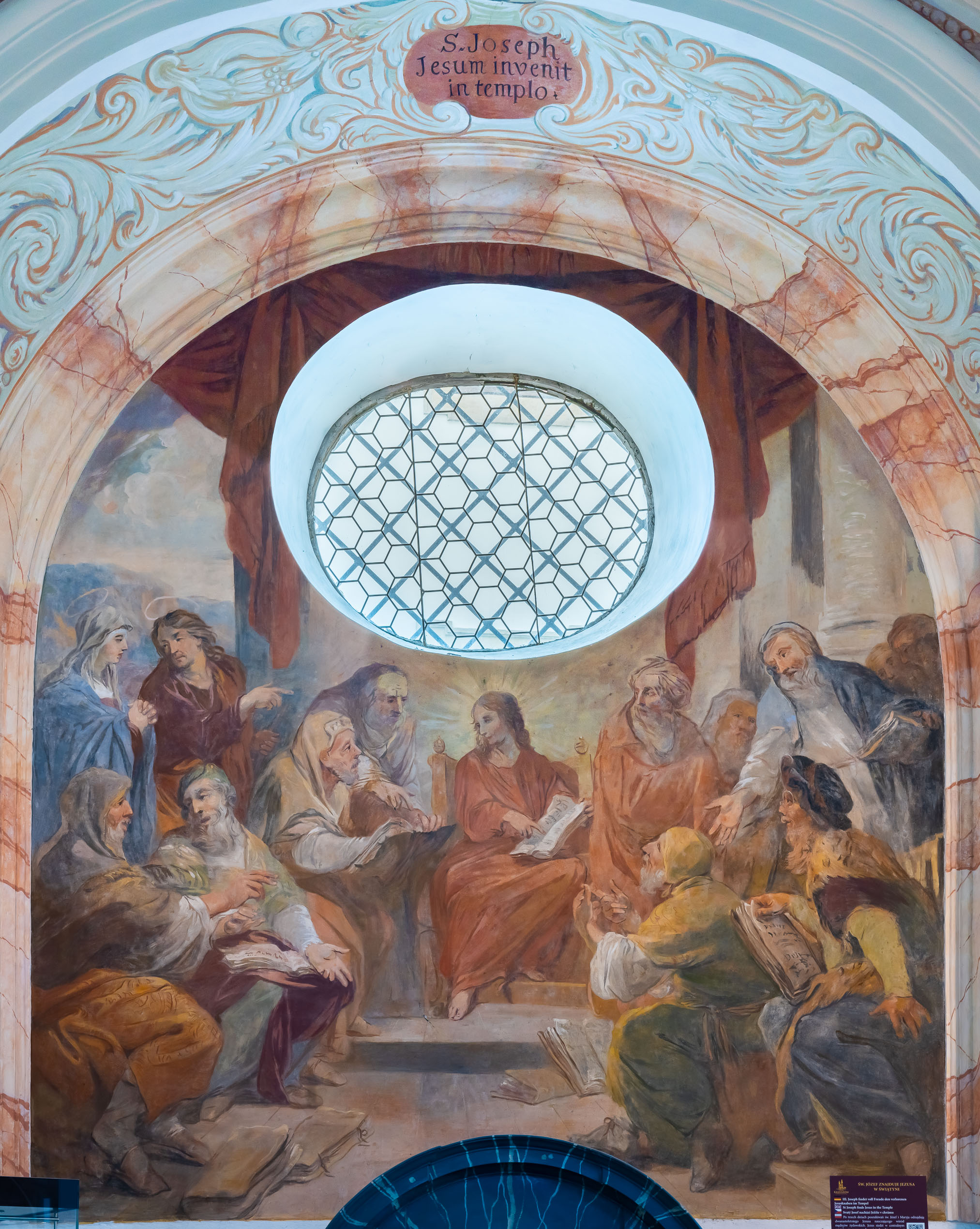 Description
After three days of searching, Joseph and Mary find the twelve-year-old Jesus teaching among the Jewish wise men. Christ sits in a central position surrounded by the Jewish wise men, yet surpassing them in wisdom. Above Him - and around the window - there is a parted curtain because Jesus is shown in this scene as the living Ark of the Covenant. The figure of an old man with glasses and an open book on the right side of the fresco is noteworthy. It is the last portrait of Michael Willmann. His three portraits in St. Joseph's Church show three moments in his life. The painter was a convert and converted to Catholicism under the influence of the teachings of the abbot in Lubiąż. The first self-portrait (in the scene of the search for accommodation in Bethlehem) shows him as a Protestant who refuses to give accommodation to the Holy Family. It is no coincidence that this is the scene of the Search. In the fresco showing the circumcision, the artist is gazing at the Child and a spiritual transformation begins inside him. Both paintings were placed in the cycle of sorrows because only in the scene of Finding is Willmann visible listening to the teachings of Jesus. Here, he is already a devout Catholic, that is why the scene has been placed in the cycle of joy.

In 2019, the Foundation for Virtualization of the National Heritage of Culture, the originator and author of the concept of an interactive European Marian Route, based on digitized unique monuments of sacred architecture, invited three Historical Monuments to participate in the project - the Marian Sanctuary in Święta Lipka, the Piast Cathedral in Płock and the Sanctuary Marian in Krzeszów. Funds from the Ministry of Culture and National Heritage were obtained for this purpose in the "Digital Culture 2020" competition

Find out more about the project